It’s been nearly three months since my last post on this blog. I’ve been trying to finish my data collection for my PhD (which I’ve finally managed to do, after months – well, years, really – of delays and setbacks) and start the analysis and final write-up of my thesis, which is due at the end of this year. Unfortunately this means I haven’t even had time to go shopping for art supplies, let alone do anything with them.

Though I’ve painted my fair share of flowers on this blog, I’ve never had much inclination to grow them, or other plants in general. After I managed to water a cactus to death when I was 12, I decided that gardening was best left to those who weren’t grim reapers to anything that grows, much to the disappointment of my green-thumb grandmother. Thus I’ve made it almost to my mid-30s without touching so much as a trowel or a watering can ever since.

Recently, Woolworths supermarkets launched their Discovery Garden collectibles. They’re similar to the Coles Little Shop grocery figures and Woolworths’s previous Lion King Ooshies in that you get one with every $30 you spend on your groceries, but unlike the plastic collectibles which serve no purpose other than being collected, the Discovery Garden collectibles are little seed kits that allow you to grow your own flowers, herbs and vegetables. Like Little Shop and Lion King Ooshies, they’re ‘blind’ boxes in that you don’t know what you’ve got until you open it.

Each one comes with a compostable pot made from plant material, a peat/dirt pellet and a little sheet of biodegradable paper containing several seeds from a particular plant. All you have to do is put the soil pellet on a saucer, add 50mls of water and wait a few minutes for it to expand, at which point you’ll have enough dirt to almost fill the pot.

*Sunflowers were only available in store on the weekend of the 21st/22nd of September as a Limited Edition seed kit. These seed kits were sold for $2 each with proceeds going to help farmers affected by the drought. However in some cases they were given away free along with the normal seedlings people earned from their shopping.

Along with giving away the seeds, Woolworths are selling a number of Discovery Garden accessories like aprons, coloured pots, gloves and gardening tools which are mostly aimed at kids, but the only accessory I bought was the little tray for organising the plants (it also has a nice drainage system for catching the water that seeps out of the pots, preventing them from making a mess). 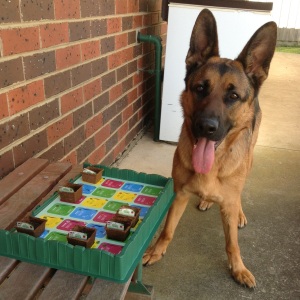 There are a few things I wish I’d known before I started planting my seeds though. Hopefully this list of tips will be helpful to anyone just getting started with their Discovery Garden seeds.

Here’s how some of my Discovery Garden seedlings are progressing after being planted during the first week of the promotion.

This is the first time I’ve ever been remotely interested in a supermarket collectible, and I’d honestly love to see these Discovery Garden seed kits made into a permanent thing. They could be sold for $2 each like the Sunflower seeds were, with all (or at least half) of the money going to help farmers or other local charities in need, and they could still be blind boxes to make them fun to trade and collect. They could also put out different seeds in different seasons and alternate them throughout the year, eg. putting out flowers and summer veggies to plant in the warmer parts of the year, and putting out root vegetables to plant in autumn.

Some people have complained about how they’re “expensive” because you have to spend $30 to get one, and “you could just go and buy a packet of seeds at Bunnings for like a dollar”. Firstly, you don’t *have* to spend $30. No one is making you spend more money to get a seed, and if you’re buying more groceries than you need just to get one, that’s on you. They’re just a fun extra thing to get with your weekly groceries which you would have had to spend money on anyway. As for just going and buying a packet of seeds, yes, you could just do that, and if I can get these seeds to survive my murderous touch, I’ll probably go and buy a few other types of flower or fruit seeds and have a go at growing those as well. But for a lot of people who previously didn’t know much about gardening or maybe weren’t sure how to get started, these little kits are a good way to change that and get people interested in gardening and growing their own herbs and vegetables, especially since they come with everything you need to get started. The other day I willingly set foot in a Bunnings store for the first time to look at different kinds of flower pots, instead of being dragged in kicking and screaming by my old man as was usually the case.

I know these are supposed to be aimed at kids, and in that regard, they’re great; lots of friends have been posting photos of their young children having fun outside and starting their new gardens with these seeds. But plenty of adults are enjoying them just as much. I’m having as much (if not more) fun trading spare seeds and discussing which ones I’m most looking forward to growing (I was really happy when I got a snapdragon because it’s my favourite flower) with my friends as I did collecting Pokemon cards and Yowies as a kid. And no matter where you got your seeds from, it’s always exciting to check your pots of dirt each day and see that first hint of green as a new sprout begins to emerge.

I’ll probably do another update on my gardening adventures once some of my seeds are ready to be repotted.

The Woolworths Discovery Garden promotion runs from 11 September to 22 October 2019, unless they run out of stock sooner.

This entry was posted in Gardening and tagged Gardening, Woolworths Discovery Garden. Bookmark the permalink.